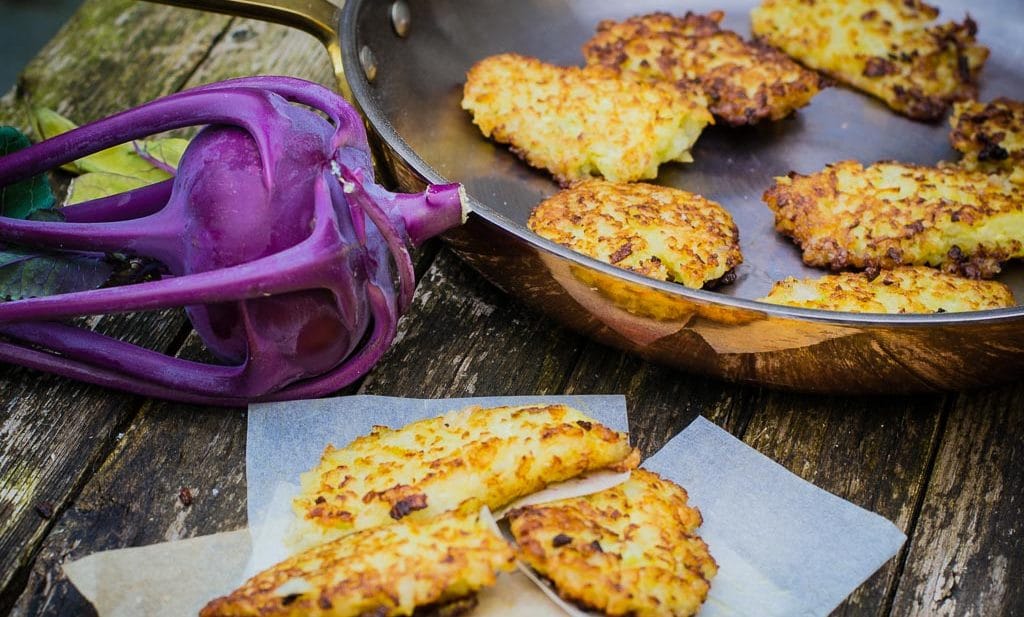 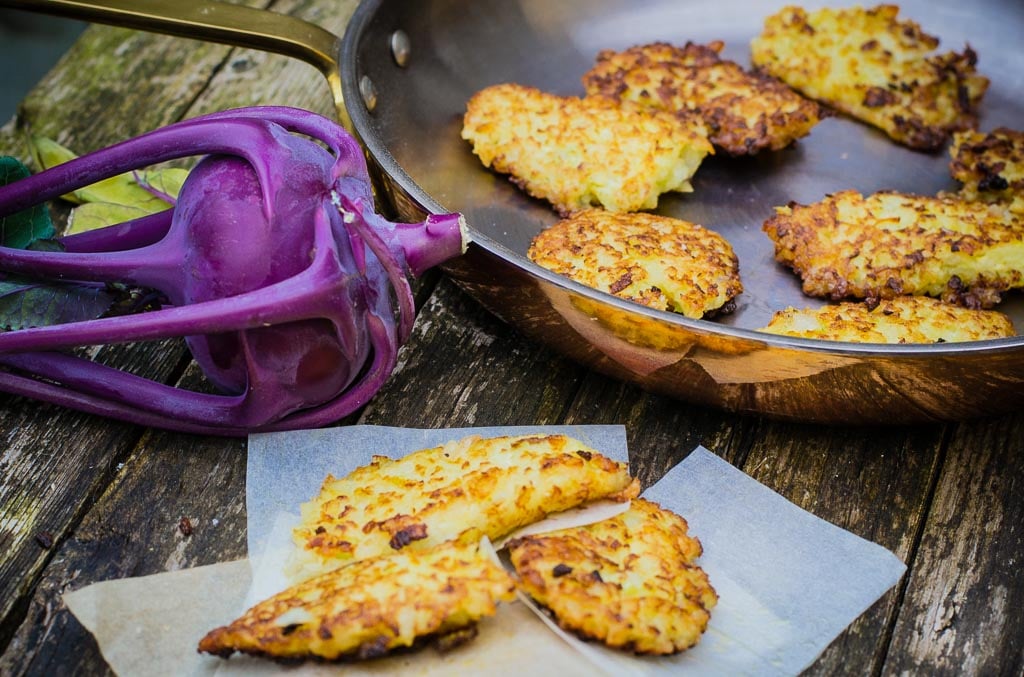 These kohlrabi fritters are quick and tasty, lovely with your favorite dip and sided by a fresh salad.

Kohlrabi is almost an alien vegetable.

First of all it is not so well known, at least in Ireland and Italy. You don’t find it in the Irish supermarkets and I have never seen it in Italy. So it’s a foreign species to me…

(Looking for information about kohlrabi, I actually found out that the origin of kohlrabi lies in north-western Europe, where it was artificially developed not long before the 16th century; the first description of kohlrabi was by a European botanist in 1554)

Second, its aspect: beautiful oh so beautiful but yet so different and, well to us, it looks like it comes from outer space!

We have been finding three or four of these little pretty purple aliens in our Juliasdale Organic Box for a few weeks now: 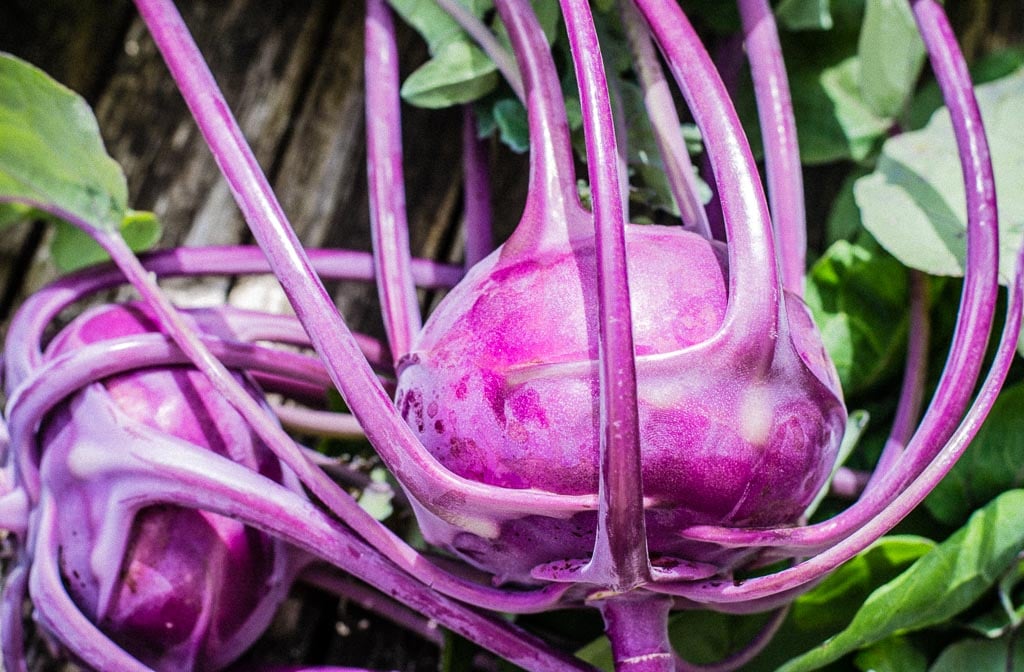 So I have already used them in several dishes.

I like kohlrabi in salads grated or chopped. I like it in stir fries and now I love it in fritters where I let kohlrabi be the main character of the recipe.

My mom used to make similar fritters, only using grated potatoes, as a traditional dish of the region she comes from: Friuli, probably influenced by Austrian cuisine.

In that recipe the potatoes release their amid and that helps them to stick together in the pan without the need of any eggs.

But with kohlrabi fritters, unfortunately, one egg is required.

I decided to leave the fritters simple, using potatoes and kohlrabi only (plus the egg), because I like to be able to taste the kohlrabi flavour.

But feel free to add grated onions, grated carrots and other tubers. I already tried mixed vegetables fritters and they are great!

How to Make Kohlrabi Fritters

Grate the kohlrabi and the potatoes with the grating disc of your food processor.

If you don’t have a grating disc you can simply use the S blade, I have tried and it works!

If you don’t have a food processor you can of course use a hand grater.

Put the grated vegetables in a sieve and try to squeeze out their liquid.

Beat the egg in a bowl with a fork.

Add a pinch of salt.

Heat some olive oil in a skillet and make the fritters placing tablespoons of the mixture in the hot oil.

Leave them get golden on one side before turning them to cook on the other. 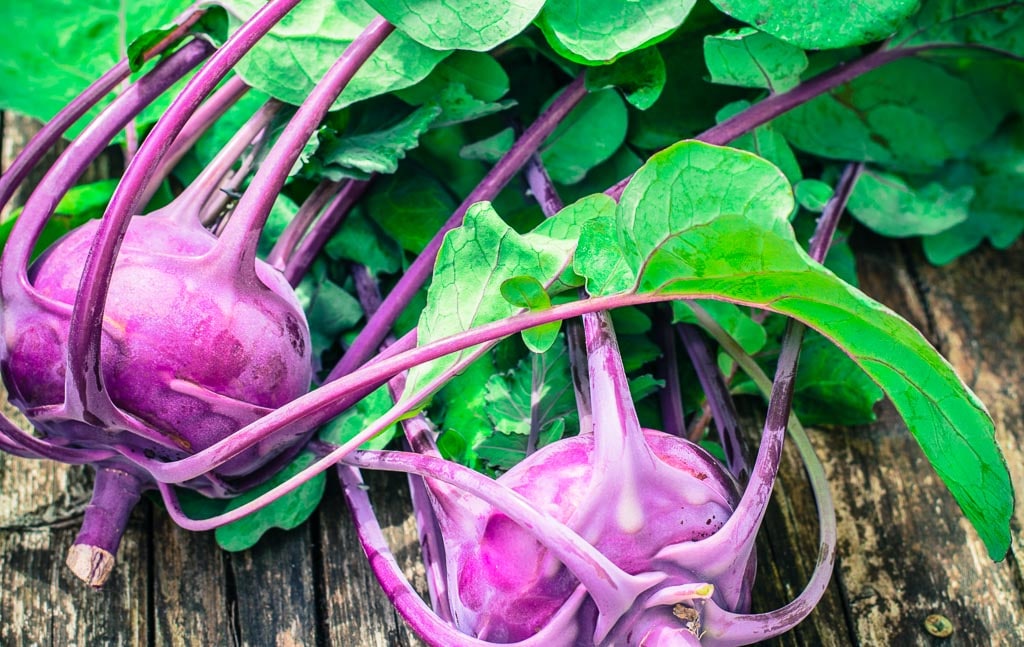